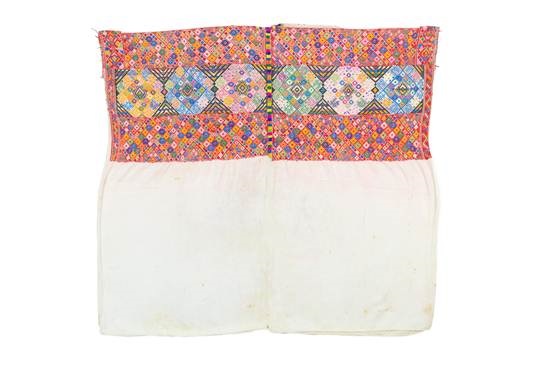 The symbol of the star can be found in a variety of places, among them the pokomam community of Palín, Escuintla — the poqomchi’ community of Tactic, Alta Verapaz and the town of Nahualá, Sololá, where k’iche is spoken.  There the symbol is used in the everyday huipil.

It is interesting to note that the star (or ch’umil  in k’iche’), was part of the cosmological repertory dating back to the Olmecs – forming part of the so-named heavenly bands. These celestial bands were also referred to in the codices as well as the Popol Vuh. Barbara Knoke de Arathoon,  Sown Symbols, 2007.  Guatemala: Ixchel Museum of Indigenous Dress.